Of the three grandfathers we share, one was too young to fight, one was in a reserved occupation (coal mining), but the other did join the army. Coming from the north of England, several family members were exempt because of their mining background, but others did go to war, and some did not return. This page is a small tribute to just a few of those soldiers and sailors. 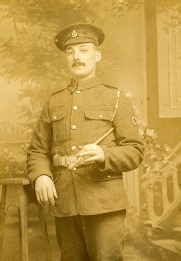 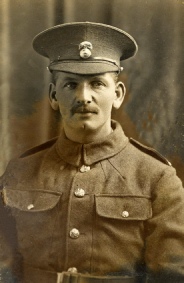 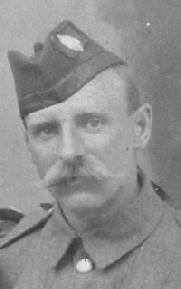 Jack enlisted in Newcastle at the age of 39, and was a Private in the 22nd Northumberland Fusiliers (3rd Tyneside Scottish Regiment).  He left England on 10th January 1916 and was killed on the first day of the Battle of the Somme - 1st July 1916.

We have recently produced a short story about Jack.  Please contact us for further details and cost if you are interested. 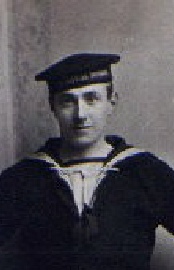 Richard was an Able Seaman in the Royal Naval Volunteer Reserve who enlisted on 14th November 1914 and served on H.M.S. Collingwood.    He was reported missing in 1915 and it was later confirmed that he was killed in action at the Dardanelles  on 4th June 1915. Postcards written by him to his wife, Elizabeth Ann, have survived. 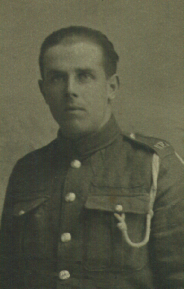 Although his service records have yet to be found, family lore indicated that James enlisted at the age of almost 16 and fought in France.  A recent find of his discharge papers show that this view was not totally accurate.   He was one of the fortunate as he returned to Northumberland, but did not speak about his experiences in the war, hence the confusion about when he actually did serve. 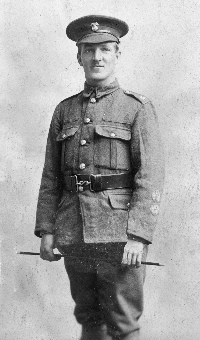 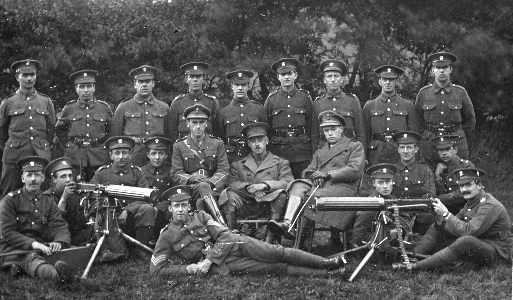 An unknown group of Northumberland Fusiliers - possibly including Jack King. 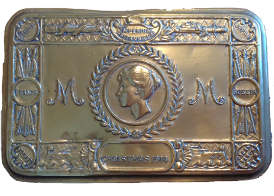 This Princess Mary Christmas Tin belonged to Able Seaman Felix Maurice Lillie who died on 2nd May 1917. Felix was born in Soham, Cambridgeshire.

Recent research projects have resulted in tracing the ancestors of William King of Devizes, Wiltshire,  and Walter John Watson of Ashingdon in Essex.   Both men served on H.M.S. Bulwark and were killed in the explosion which took place on  26th November 1914, killing all but 14 of the crew.  If you are related to these men, we may be able to help with your family tree.